Leg length discrepancy (LLD) affects about 70% of the general population, and can be either structural - when the difference occurs in bone structures - or functional, because of mechanical changes at the lower limbs. The discrepancy can be also classified by its magnitude into mild, intermediate, or severe. Mild LLD has been particularly associated with stress fracture, low back pain and osteoarthritis, and when the discrepancy occurs in subjects whose mechanical loads are increased by their professional, daily or recreational activities, these orthopaedic changes may appear early and severely. The aim of this study was to analyze and compare ground reaction force (GRF) during gait in runners with and without mild LLD. Results showed that subjects with mild LLD of 0.5 to 2.0 cm presented higher values of minimum vertical GRF (0.57 ? 0.07 BW) at the shorter limb compared to the longer limb (0.56 ? 0.08 BW) Therefore, subjects with mild LLD adopt compensatory mechanisms that cause additional overloads to the musculoskeletal system in order to promote a symmetrical gait pattern as showed by the values of absolute symmetric index of vertical and horizontal GRF variables. 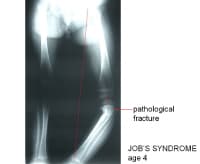 There are many causes of leg length discrepancy. Structural inequality is due to interference of normal bone growth of the lower extremity, which can occur from trauma or infection in a child. Functional inequality has many causes, including Poliomyelitis or other paralytic deformities can retard bone growth in children. Contracture of the Iliotibial band. Scoliosis or curvature of the spine. Fixed pelvic obliquity. Abduction or flexion contraction of the hip. Flexion contractures or other deformities of the knee. Foot deformities.

Faulty feet and ankle structure profoundly affect leg length and pelvic positioning. The most common asymmetrical foot position is the pronated foot. Sensory receptors embedded on the bottom of the foot alert the brain to the slightest weight shift. Since the brain is always trying to maintain pelvic balance, when presented with a long left leg, it attempts to adapt to the altered weight shift by dropping the left medial arch (shortening the long leg) and supinating the right arch to lengthen the short leg.1 Left unchecked, excessive foot pronation will internally rotate the left lower extremity, causing excessive strain to the lateral meniscus and medial collateral knee ligaments. Conversely, excessive supination tends to externally rotate the leg and thigh, creating opposite knee, hip and pelvic distortions.

A doctor will generally take a detailed medical history of both the patient and family, including asking about recent injuries or illnesses. He or she will carefully examine the patient, observing how he or she moves and stands. If necessary, an orthopedic surgeon will order X-ray, bone age determinations and computed tomography (CT) scans or magnetic resonance imaging (MRI).

Heel lifts Raise the heel on the shorter leg. It is applied either to the heel of the custom orthotic or to the inside of the shoe under the insole at the heel. Generally if the discrepancy is greater than 3/8 of an inch, the modification is applied externally on the footwear. Custom made orthotics help to provide proper support and alignment to the foot, controlling conditions such as over pronation. Orthopedic Footwear, properly fitted, to which a lift might be applied inside or out.

Large leg length inequalities can be treated by staged lengthenings or by simultaneous ipsilateral femoral and tibial lengthenings. Additionally, lengthenings can be combined with appropriately timed epiphysiodesis in an effort to produce leg length equality. Staged lengthenings are often used for congenital deficiencies such as fibular hemimelia, in which 15 cm or more may be needed to produce leg length equality. We typically plan for the final lengthening to be completed by age 13 or 14 years, and allow at least 3 years between lengthenings. Lengthening of both the tibia and femur simultaneously requires aggressive therapy and treatment of soft tissue contractures. Curran et al[57] reported the need for surgical release of soft tissue contractures in 3 of 8 patients treated with simultaneous ipsilateral femoral and tibial lengthenings. Lengthening over an IM nail can be done in an effort to decrease the amount of time the fixator needs to be worn and to prevent angular malalignment. This technique requires that the patient be skeletally mature and it carries a higher risk of osteomyelitis (up to 15%). Additionally, if premature consolidation occurs, a repeat corticotomy is more difficult.
« Treating Fallen Arches Heel Pain »
Profile

Login to quote this blog

You cannot quote because this article is private.